Florence, January 1475: in the splendid setting of Piazza Santa Croce, the most famous joust of the Renaissance unfolds, Giuliano de’ Medici, younger brother of Lorenzo the Magnificent, joins the contest in honor of the the noblewoman Simonetta Cattaneo Vespucci.

The tournament furnished Angelo Poliziano with material for a masterpiece of vernacular poetry from the 15th century: the Stanze in which Poliziano portrays the love of Giuliano for the beautiful Simonetta. However, the poet left his ottava rima poem incomplete; there is no description of the joust but instead only the love relationship which preceeded it, most likely due first to the death of Simonetta and then the death of Giuliano in the Pazzi conspiracy of 1478. Poliziano does make reference to the joust in his enigmatic Sylva in scabiem, a short poem in which the poet references his ties to the Medici family while suffering in both body and mind from a bout of scabies. His poetic inspiration for this work is derived from the courage and strength of Giuliano on display in 1475 and is ultimately the reason why he implores Lorenzo the Magnificent to heal him from the disease that torments him.

Other poets under the patronage of the Medici also wrote various poems on the joust of 1475.  Among these poets is Giovanni Aurelio Augurelli, in whose elegies a young Simonetta expresses her fearts for the fight and then concludes the poem by celebrating the victory of her beloved Giuliano. The joust was also the subject of a long elegy by Naldo Naldi titled De ludicro hastatorum equitum certamine, and was likewise discussed in a Latin letter by Filippo Corsini to Piero Guicciardini.

These various accounts allow the reader to take up the role of spectator at the most renowned joust of the Renaissanceand to appreciate with deeper understanding the entrance of Giuliano on the jousting field referenced in the final lines of Poliziano’s Stanze.

In an effort to satisfy the interests of a greater variety of groups, the course will be available at separate hours both in Latin (introduction, reading and exposition in Latin) and in Italian (reading, translation of select passages, and discussion in Italian).

Course will take place in the following sequence: 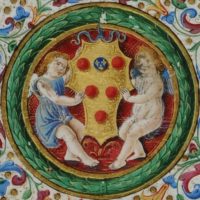 Coat of arms of the House of Medici 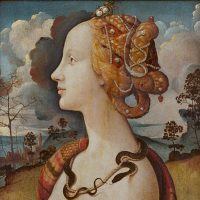 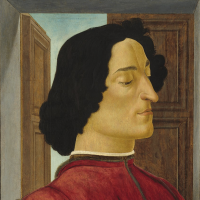 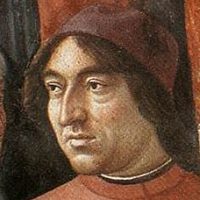 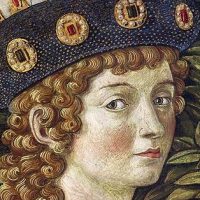 At the end of the course, a certificate of participation will be issued.

Registration for the course (in Latin or in Italian) is 97€

Once enrolled, you will be placed on the participants’ list and you will be sent an email with the necessary login information for your course. A recording of each lesson will be available for three days from the conclusion of each session.

Lesson materials will be distributed during the lesson to deepen our exploration of the themes for the course.