A History of Ancient Greek Theatre

At the end of winter when the seas once again became navigable in the month of Elaphebolion, Athens assumed a central role in the Hellenic world for four days. Hundreds of men from nearby Boetia, the Peloponnese, Thessaly, and even the remote colonies in Sicily and the Black Sea, in sum, all corners of the Greek world poured into Athens to take part in the Great Dionysia, one of the central most festivals on the Attic calendar. On the first day of the festival, the wooden statue of Dionysius was brought out from the temple of the god and carried in a solemn night procession to the theater. It was here that poetic contests took place, comprised of dithyrambs, tragedies, and comedies.

The theater in Athens, alongside Homeric poetry, is widely considered the birthplace of western literature and as a result, it has served as a constant point of reference for poets, artists, and philosophers throughout the centuries. It is perhaps due to the weight of this tradition and our imagination that when attempting to portray ancient Greek theater we return to the conceptions we developed in our initial classroom experiences with the topic. A desire for a novel and distinct portrayal plays no small role as well. As such, we conceive of ancient theater as being associated with masks that have large mouths and exaggerated features, shoes raised up on large blocks, stylized gestures, energetic and mannerist-like acting, the heavy use of machinery for the entrance of deities or the changing of stage scenery. For the most part, however, these elements were not part of the theater known to Aeschylus, Sophocles, and Euripides; they were instead products of ancient theater as produced in the Hellenistic and Roman Imperial era.

Our task in this course is to enable course participants to read ancient tragedies with an informed perspective of what it would have been like to experience these plays in the seats of the Theater of Dionysus as it existed in the 5th century BCE.

The course has two components which can be pursued separately or jointly.

In this part of the course we will explore the history of ancient theater from its origins in rural ritual up through the classical period, and then onward to its later developments as evidenced in Pollux’s Onomasticon, the terracotta pieces in Lipari, and frescoes from Pompeii and Herculaneum.

Each lesson will make consistent and continual reference to texts both in prose and poetry that pertain to ancient theater.

This part of the course will take place in seminar format via zoom (webinar) every Saturday from 17:00 to 18:15 CET.

Each seminar will be conducted entirely in Ancient Greek (Attic).

Each session will be recorded and made available up through the end of the course.

In addition to the reading seminars, each Tuesday at 18:00, Schola Humanistica will offer a series of Zoom sessions in which participants will have an opportunity to complete exercises developed from high frequency vocabulary and other regular lexical features in the texts explored in the reading sessions.

Each of these sessions will be designed to provide participants with an opportunity to converse with one another and engage with them face to face on the Zoom platform.

For those interested, exercises will also be made available to practice an active knowledge of Ancient Greek.

Each of these special exercises will likewise be recorded and made available for the duration of the course.

Part 1. An History of Greek Theatre 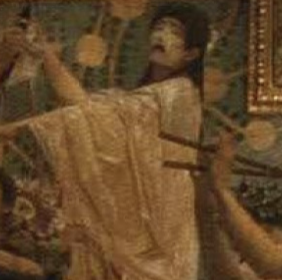 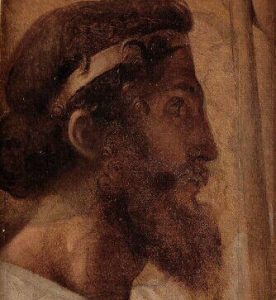 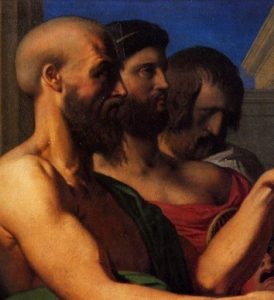 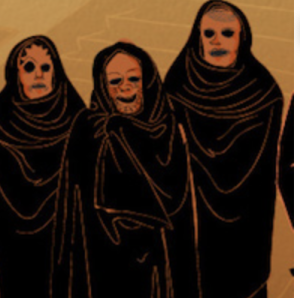 The Ancient Tragedy on Stage 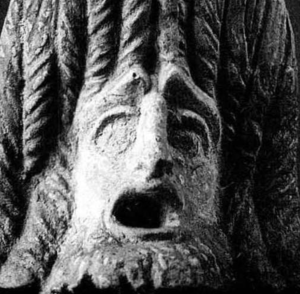 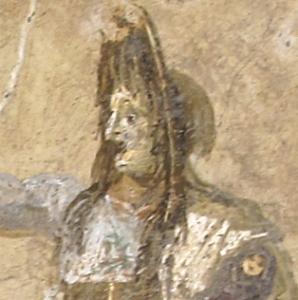 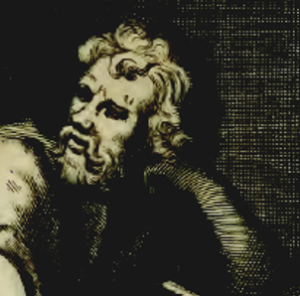 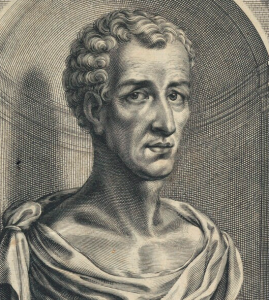 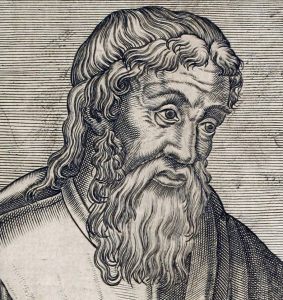 At the end of the course, a certificate of participation will be issued on request.